So you are building a business. That’s wonderful!

One of the most important things we can do when we build, is to Listen. Listening helps us understand what our clients need. It tells us what we can produce that is of value. And it shows that we care.

This is even more important when we are working with people all over the world.

Respect the person, the culture, and their local community. To do so is to honor the unique wisdom and presence they bring to the world. You will then build the best product, and build the best team, for the world.

In addition, Listening, and striving to understand other people, is the right thing to do. When you honor people and their local customs, they will want to work with you. And, you will love working with them!  Listening is mirrored in Respect, which is a type of “business bliss.”

Of course, this opens your business up to new opportunities.

So it’s not just another day at work today. Look forward to positive work because you are a good leader, a good listener, and care about listening carefully each moment.

Listen to attain your business bliss! 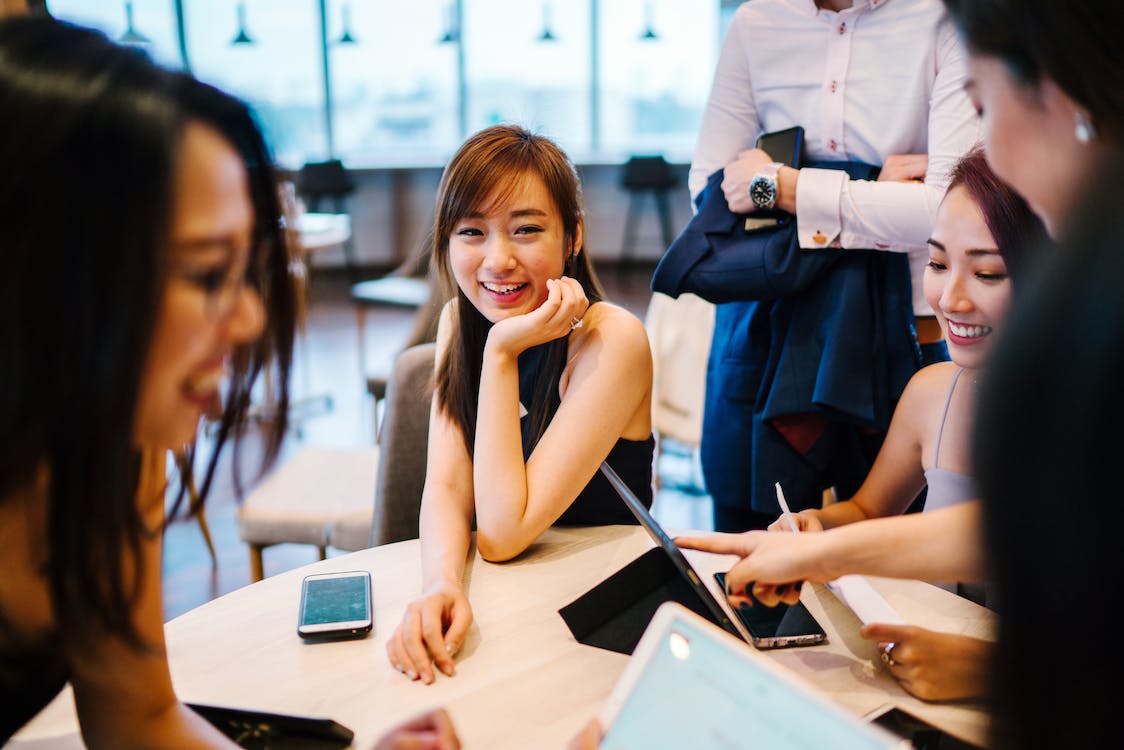 “…they’ve done studies on children who are required to sit down at the family table and those who are not.  And the ones who are score higher academically; they’re more well adjusted.” 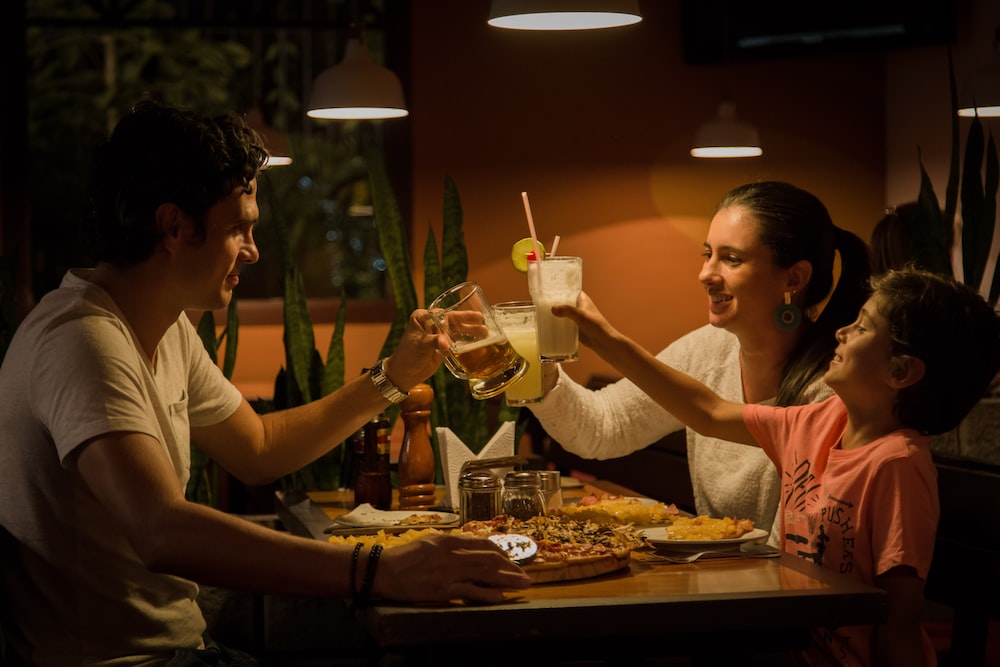 Sit down, be present, share. It’s not just about community, about family… but also about being the best we can be. Sitting down at the table with your loved ones for a mealtime shares love, and, helps you reach your goals!

Paula Deen did just that… she made ‘sitting down’ at the table with loved ones a life calling.  She does that fulltime, preparing lovely meals, and allowing us to enjoy and make them as well. 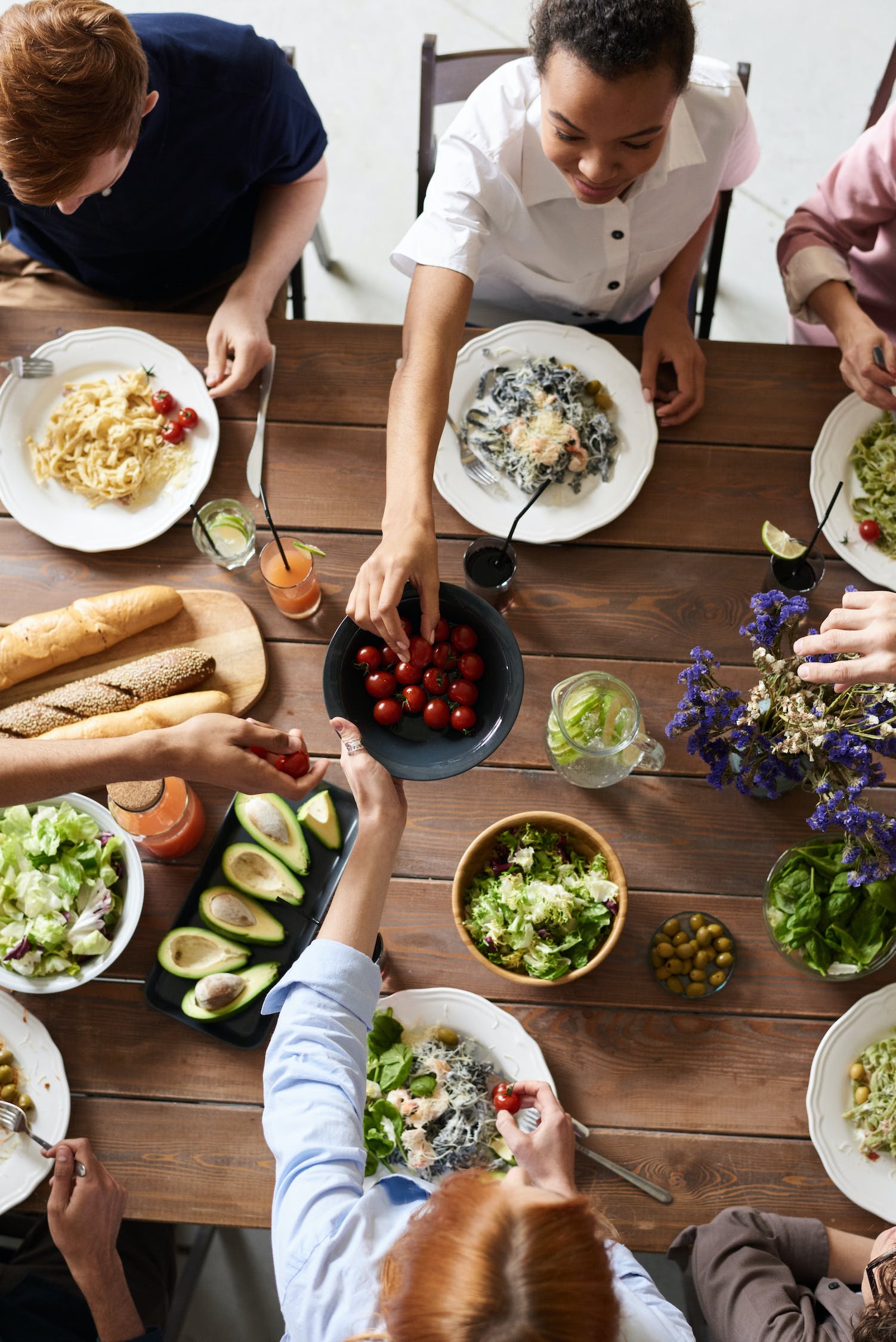 So take some time to sit with your family, friends, or loved ones.. be supported…be nourished.. and be your best self. Thank you to Paula Deen who lives it daily.

Sitting With My Family,

Paula Deen was born Paula Hiers in Albany, Georgia, the daughter of Corrie A. (née Paul) and Earl Wayne Hiers, Sr. Her parents died before she was 23, and an early marriage ended in divorce. In her 20s, Deen suffered from panic attacks and agoraphobia. She then focused on cooking for her family as something she could do without leaving her house.

Her grandmother Irene Paul had taught her the hand-me-down art of Southern cooking; one of the only places she felt safe was at her own stove, making thousands of pots of chicken and dumplings.  She later moved to Savannah, Georgia, with her sons.  Paula had many different jobs and roles, learning what she loved to do.  She tried hanging wallpaper, working as a bank teller, selling real estate and insurance. She then started a catering service,  making sandwiches and meals, which her sons Jamie and Bobby delivered. She then found her calling.

Now that might sound funny, but the other day I felt called to sit by an older man.

We were at a community gathering, celebrating an organist for all her church music.

She had performed beautifully over many years and she was a lovely person. We had contributed goodies and a potluck, and a celebratory cake. People were laughing, chatting and sharing memories. It was a wonderful sense of togetherness, that we often miss in our social media society.

But on the couch was an older man. He didn’t look down, he didn’t look up, he was just sitting there. I asked a friend who he was.

“He’s the father of one of our members here, and he’s blind.”

He’s in a sea of people and conversation….and no one’s talking to him…..

yet he hears everything.

It must be a big loud jumble… but nothing specifically directed towards him…… My heart went out to him.

I went right away over to the couch and sat down with him. I held his hand and said,

His eyes perked up and he continued to look ahead. His face crinkled with a smile. He proceeded to tell me, with very joyous terms, about who he was, his life, and fascinating stories of history. He remembered the time when the Korean War was mentioned in school as well as when World War II was being announced. What prolific, historical events to be a youngster and to hear this global and national news. So monumental, so devastating.

He had many fascinating stories to tell about his childhood, about the importance of his aunt, his mom’s sister, and how devoted she was to church and community.

We had such a joyous time.

Having our quiet time of sharing, amidst a joyous gathering.

What yours? If you want your story to be heard, if you want to be known… then take some time to listen. Take time to listen to someone else’s story. You will learn; they will love you for it. You both will be enriched and, in this case, a blind man’s eyes opened my blind eyes.

I Want to Hear Your Story,

“Walk down the street and smile at a stranger. He’ll smile at the next stranger passing by, and then the whole street is smiling. And no one knows why.” 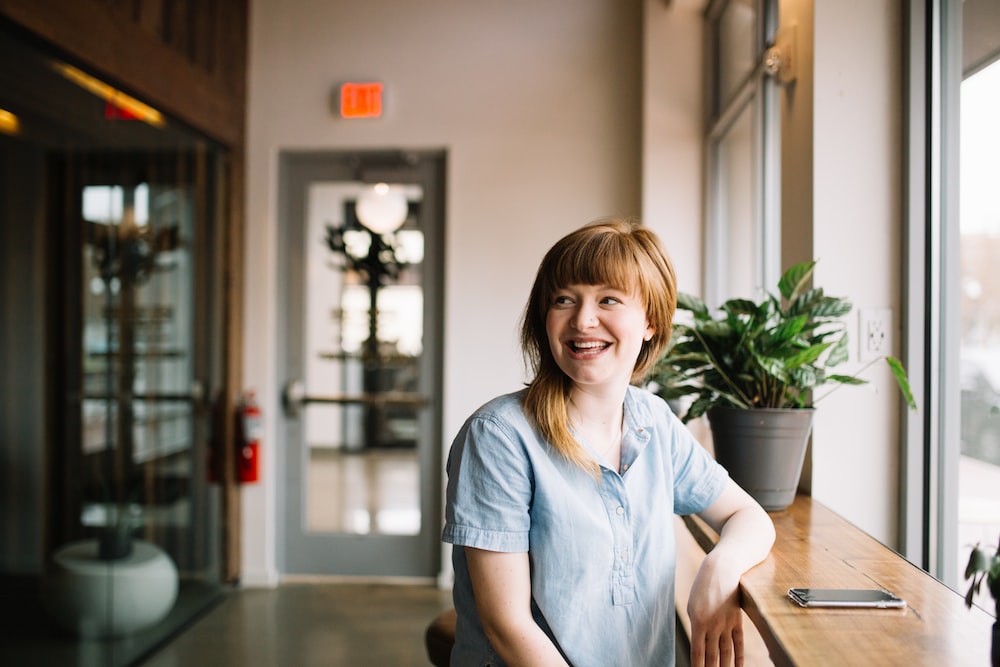 I love this quote. The only reason why we need to smile… is simply to give joy. Give joy to ourselves and to others… it’s one of our main reasons for being. And while people may not know why you are smiling, they’ll soon find out. It makes the world go around with peacefulness, graciousness and loving kindness. That’s reason enough. 🙂

Juliana Margulies is an American actress who achieved success as a regular character on ER, for which she received an Emmy. She grew up in New York, the youngest daughter of Jewish immigrants. Her mother was a teacher and her father was a philosopher and Madison Avenue advertising executive. More recently, she took the lead role in The Good Wife, and has received a Golden Globe and two Screen Actors Guild awards. Margulies attended Sarah Lawrence College, where she appeared in a few college plays. In 2007, she married to Keith Lieberthal, and they have one son together.

“When you learn something from people or from a culture, you accept it as a gift, and it is your lifelong commitment to preserve that gift and to build on that gift.”

Yo-Yo Ma is a world renowned cellist.  He could be so high and proud. Yet he is humble and learning. That is so he can be the best musician and person.

Appreciate the gifts people offer you…and thank them by passing on their gift to others, whether through appreciation, gratitude, love, recognition, sincerity.  Life and music are about giving.

We thank Yo-Yo Ma for his contribution to music and the world.

And I am thanking you for your personal gift to the world, whatever that might be!

Yo-Yo Ma is one of the world’s most famous cellists. He has recorded more than 90 albums and received 19 Grammy Awards.

Ma was born in Paris, though the family moved to New York when he was five. He comes from a musical family. His mother was a singer and his father was a violinist; his older sister is also a violinist. A child prodigy, Ma began playing the cello at age four, and performed for John F. Kennedy and Dwight Eisenhower at the age of seven. He attended Julliard at age nine and went on to study at Harvard. He has performed with orchestras around the world and has put out 75 albums.

Ma currently plays with the Silk Road Ensemble; their goal is to bring together musicians from the countries which are historically linked by the Silk Road, an ancient trade route linking southeast Asia through the Middle East to northern Africa and the Mediterranean coast of Europe.

It’s the warmth of your eyes.

It’s the feeling in your heart.

It’s the slowing down to care.

And you can do it right now. Go reach out to someone and give them your love.

Wealth is a state of mind and life. We tend to associate poverty with money. But poverty can be mental, emotional or Spiritual Poverty. I am often struck by this in my travel and volunteering in developing nations. Often, the divorce rates are low. Families not only stay together, but also spend time together. They gather food from the fields together, cook together and share meals together.

We lose our greatest asset in natural wealth: relationships. Relationships with ourselves, our families, the earth. This wealth creates happy, balanced, productive, lower stress lifestyles, because we are connected in the way we are meant to be.

Further, we often pass by our heritage and where we come from. In many emerging nations, and especially in the continent of Africa, we see tribes value their connection to their heritage as primary importance even above their nationality. There is a deep-rooted connection to rituals and history which keeps people grounded in who they are, and the deeper, long-term meaning of being a part of a larger community in their lives.

Poverty is about money, at times. It has to be addressed as people should have the opportunity to live productive lives and make choices about what they would like to devote their lives to. Poverty is also about our well-being. Often when we get beyond “money poverty,” we forget “well-being poverty,” and get trapped in a go-go-go consumer culture.

I hope we can celebrate the healthy wealth that is accessible to us all in positive, committed relationships with ourselves, one another, our families, our earth, our communities and our heritage. How wonderful this is available to us all.