Get inspired by the latest AUDIO version of this blog!

Let’s be focused on how green we can make our grass!

Truly wouldn’t that be lovely?  If we all focused on what we have — the wonderful family or our friends who are like family; the job, or the opportunity to explore something new; the husband or the opportunity to date and find the right person – what a joy-filled world we would have!  And a joyful world starts with each one of our own little worlds. END_OF_DOCUMENT_TOKEN_TO_BE_REPLACED

Like Loading...
When we were growing up, we watched The Sound of Music, as a Thanksgiving tradition every year after dinner. We still do!
Part of it because my mom is loyal, sweet fan of Julie Andrews who plays the staring role.  My mom also loves it because it is an inspiring story, and a perseverant story.
While The Sound of Music may not be mainstream today, it’s story of sticking to one’s values is timeless. If your country was taken over and your freedom was taken, you’d be perseverant to get these treasures back. We don’t take our country, culture our freedom for granted, especially when someone else tries to take it away from us.

Even more, Julie Andrews as a person faced tremendous challenges. 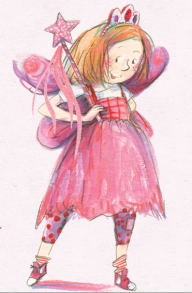 No matter how talented she was, she had to work so very hard and pursue relentlessly her desire to sing and act.  She was unjustly looked over for critical roles that she merited from an acting perspective.  And in a critical voice operation, she lost the ability to sing. Her beautiful voice was gone. She would never perform the same way again.
Yet positive Julie Andrews took up writing. She expressed her creativity through children’s books, such as The Very Fairy Princess series,  which garnered rave review from Publishers Weekly, Children’s Literature,and was #1 on the New York Times best seller list.
So whatever you are facing today, pick yourself up. You might have fallen down 3x.  It sounds like according to Julie you need to try another 13.  Get up and let’s go!   🙂

A continuing pattern throughout my life is understanding and entrenching myself in different cultures, specifically low-income communities. It is a life-long desire to understand how people in different, impoverished situations approach and overcome obstacles, in order to better themselves as well as their community collectively. Along with this goal comes the need to understand different languages, political situations, economic structures, and histories which impact a community.

My first memory of this desire came after a brief family vacation to Mazatlan, Mexico. At age 12, what impressed me was not the inundation of tables of silver, beads, sombreros, bartering voices, the strong smell of tortillas or wave-like, dried heat in the air. What immediately drew me were all the Mexican children, many misshapen and disfigured, most with sweet, dirty faces, pleading for money alongside their parents. It was clear I wanted to understand how community structures and resources, both native and exterior, could ameliorate these conditions.

My first involvement in a low-income culture was not abroad. It was right across the street in East Palo Alto. I worked with Nevida Butler at the Ecumenical Hunger Program, answering phones, speaking with community members, and learning about the challenges—individually, socially, politically, legally. This type of community involvement continued throughout high school and college, at a time when volunteerism was not in vogue. Volunteerism also continued in my professional life, with a focus on homeless individuals and inner city teens in South-Central, Los-Angeles working with life skills training for alcoholics on Skid Row. When I returned to Palo Alto, I served at JobTrain and Free At Last, two organizations providing support, professional training, and classes.

In conjunction with community service, I have focused on learning from well-established cultures. In junior high school I visited Germany, Austria and Holland; in high school I visited the UK, Paris, France and Italy. In my International Communications graduate program, I took a “marketing and media tour” through Prague, Geneva, London and Paris. In 1995, Prague was of especial interest due to its economic and political fragility and the resulting impact on the culture.

During these visits I focused on a series of questions: How did people communicate? What laws and processes needed to be in place? How important was local versus national leadership in the ability to effect change? What type of physical infrastructure was necessary, and what type of support was quickest and most acceptable—government, self funding, private, outside capital? All of this was with the mindset of learning what positive elements could be adapted or replicated in other cultures. Each trip builds upon a long-term vision, learning about each culture, and what works.

Most recently, I was able to combine the two objectives of service and international culture. In the barrios of Managua, Nicaragua, we focused on working with kids and their families in establishing a shelter and school. As the political situation has stabilized, and the 25 natural volcanoes have become more dormant, the area is beginning to reconstruct itself. This was a pivotal trip allowing me to see a war-ravaged community with unemployment at near 66%, rebuild itself. Instrumental in involving myself in this community was my study of languages, specifically Spanish. Languages allow me to communicate closely with local people, and in addition, teach me different ways to express ideas and concepts.

Before you start serving, really study the community.  What is it’s history? What are it’s past challenges, and strengths? Read about it, but also learn from the people.  Then, you will be able to serve.

Mexico’s People Experience Greater Safety!  It’s a wonderful new headline we are seeing these days.
Its Peace Index has improved nearly 14% in the last five years. That means people are safer. They can walk the streets at night, feel better about their families, and face less corruption in business.
So what happened? The drug war really set Mexico back for a time.  Drug lords could literally “own” a plaza, a neighborhood, a business. So President Felipe Calderon declared war on the drug cartels and brought in armed forces.
But it got worse. In 2011 there were nearly 20 deaths per 100,000 people due to violence.  But after a vigilant struggle, homicide and crime rates have gone down by more than 30%.   That tells us we need to keep at it!
When you take a stand for right, sometimes it gets worse. Don’t stop doing the right thing!

Believe good will surge again. It will! 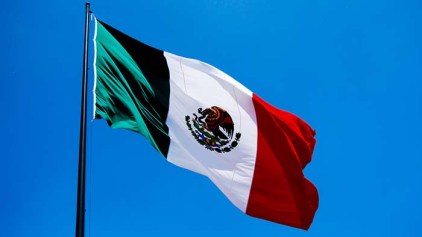 Get inspired by the new audio version of this blog post!

When you build a home, you have to have a vision. A vision of what you would like to create.  If you have a negative vision of your home then it certainly is not going to become a beautiful home!   So we need to maintain that vision, even when the going gets rough. Even if you run out of brick. Even if the paint color didn’t match the way you wanted it to. Even if you have to fumigate!  Hold the vision, and keep striving for it. END_OF_DOCUMENT_TOKEN_TO_BE_REPLACED